January 1987, Honduras, beauty, corruption, danger, supportive people, united people.
When I was a child I didn't think about living that long. I had to work from the age of eight. I grew up in a difficult neighborhood. I did not think about the future. I had no dreams. I survived day-to-day; I used to say, "Someday, I'll leave this neighborhood and never look back."
My mother died when I was 17-years-old. I had to immigrate because at any moment I could lose my life. The gangs wanted to recruit me as a soldier. I left Honduras in October 2018, with the “Caravan.” I decided to join it in order to not travel alone. If I had not done it then, I would be dead or kidnapped.
The sound of people, the support, the cry of children when they were hungry, the cry of people with sores on their feet. The smell of sweat, the smell of fatigue of hundreds of people became my day-to-day on the “Caravan.”
I crossed the river between Guatemala and Mexico. Behind were the children, the old, the women with babies. I couldn't leave them. I went back and swam, helping more than forty people cross the river. Swimming with a baby on one arm, his mother on the other arm, and a child strapped to my back. I swam and swam, over and over, until my legs froze from cramps.
We walked for two months to get to Tijuana. Arriving at the border was like the taste of glory, the taste of the “Caravan,” the taste of reaching our destination.
The taste of many people who became ONE single purpose!
The cartels threatened us to kill everyone in the “Caravan.” With so much violence in Tijuana, we had to jump over the fence. We surrendered to the border patrol.
They treated me like a criminal for having crossed the fence as if it was the worst offense I could have done to this country.
They locked me in a cooler with too many others, and not even space to sit. You come to ask for refuge, to ask for help, not to be locked up! I felt like an animal. I am not a criminal to be treated like this! 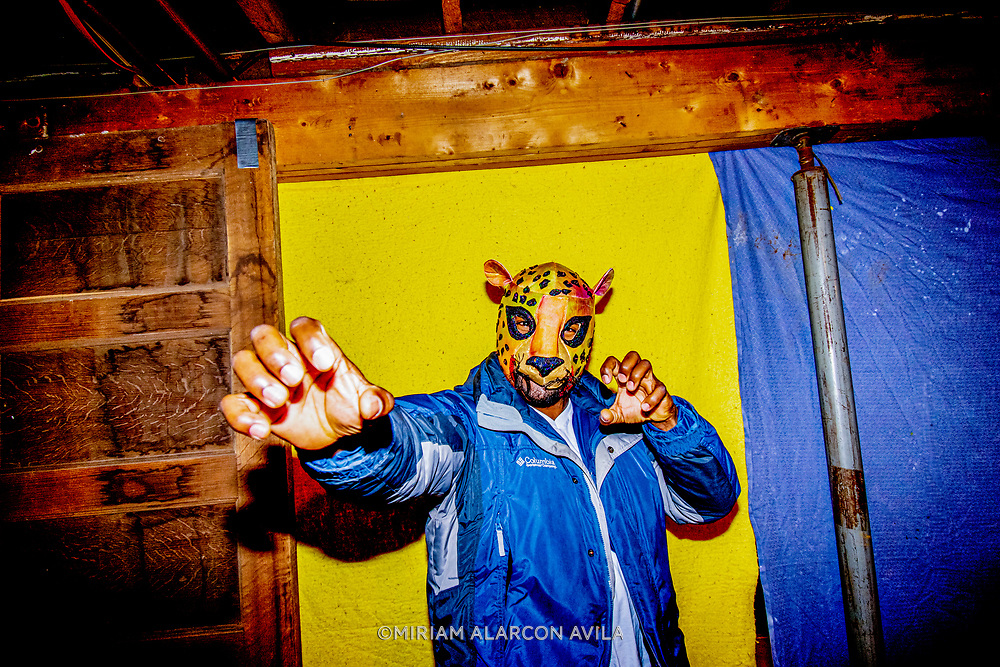